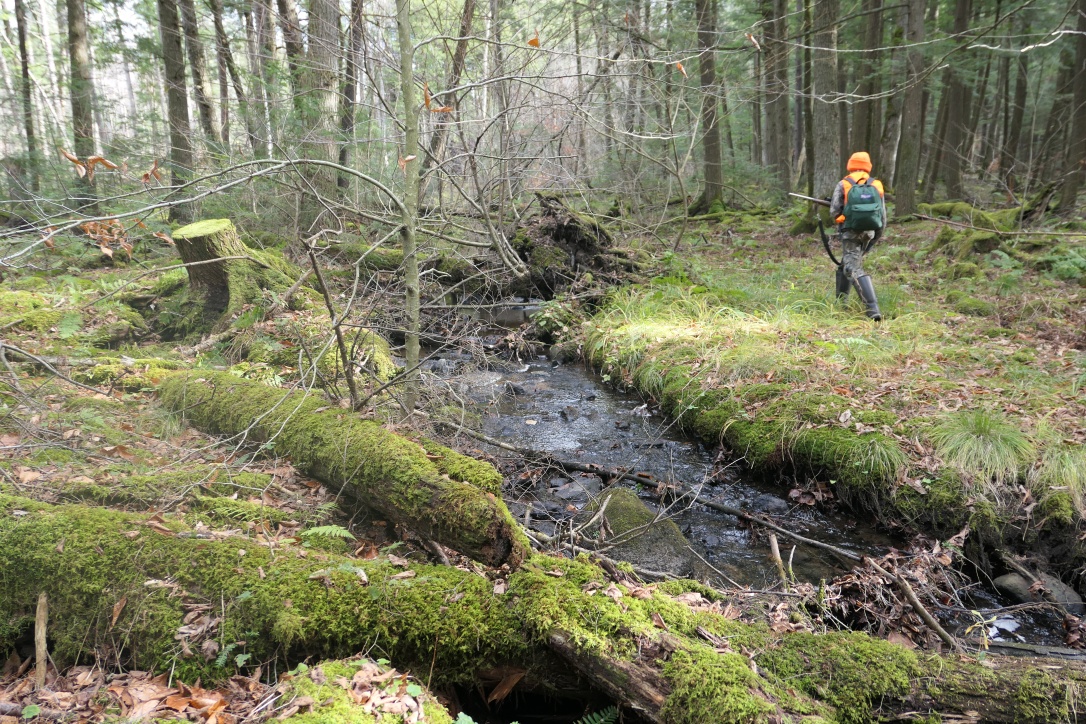 The tractor’s starter stopped starting, so yesterday I pulled it and drove over the mountain to an alternator and starter repair shop in a small town not far from here. The shop comprises a single room in a larger building; it’s situated almost directly under an overpass in the low rent district of what is generally a pretty low rent town.

I have been going to this shop for all of my adult years and probably a few prior; it’s been my fortune (good or bad, I can’t say) to have pulled many a starter and a handful of alternators in my time. I’m no mechanic, not by a long shot, but here, at least, is something I can do to make myself feel useful in a wrenches-and-grease kind of way, and so it’s almost pleasing to me when I hear the distinctive click or grind of a starter on it’s way out. It’s like an offering from the gods of competency.

It was snowing when I set out, as it had been almost all day, steady but slow, and at the top of the mountain I saw how the boughs of the conifers hung under the new weight and I thought about how something as inconsequential as a snowflake can amount to so much more. I catch them on my tongue all the time and don’t even think about it, the weight too small to even consider. And still the boughs drooped.

The shop was warm. The old man who runs it was smoking a cigarette and so the air was thick with smoke, and although I don’t smoke and don’t really enjoy being around cigarette smoke, there are times when brings forward something from my past, like my father smoking his Lucky Strikes in the kitchen of the cabin I grew up in, or Martha driving her John Deere during haying, the smoke from her Camels mixing with the smell of diesel exhaust and fresh cut grass. And so sometimes I don’t really mind, and this was one of those times.

“You the guy who called?” asked the man. There was another man working in the rear of the room, which was comprised almost entirely of counters covered by starters and alternators in varying states if disassembly. There were narrow footpaths woven between the counters.

“No,” I replied. He raised an eyebrow and I somehow got the sense that he didn’t believe me, which was a ridiculous thing to think, but there it was, in that raised eyebrow. Skepticism, at least, though on what basis I have no idea. Perhaps I just looked dishonest.

I described what was going on with the starter, and he assured me he could fix it, though I hadn’t needed any assurance. I wrote my name and number on a small tag that he affixed to the starter, squinting through the smoke of his cigarette, which he’d transferred to his mouth to free his hands for tagging.

“What happened to your nose?” he asked. My nose is all scabbed up because when the boys and me were camping last week I was busting up limb wood to fit in the little sheet metal stove for the wall tent, and I was whacking at the wood pretty hard with an axe cross grain, and one of the pieces shot up and thumped me good. Bled like crazy the way head wounds do.

So I told him what happened, and he chuckled, but in a commiserating way, and said “bet that pissed you off some,” and I acknowledged that it had. Then he told me to come back in two days and I left to drive back up and over the mountain, where it was still snowing and where I thought that maybe the boughs hung even a little lower.

Though truth be told, I couldn’t be sure.

Music: A rollickin’ new one from the Turnpike Troubadours. And a real pretty offering from Amanda Shires. Enjoy.