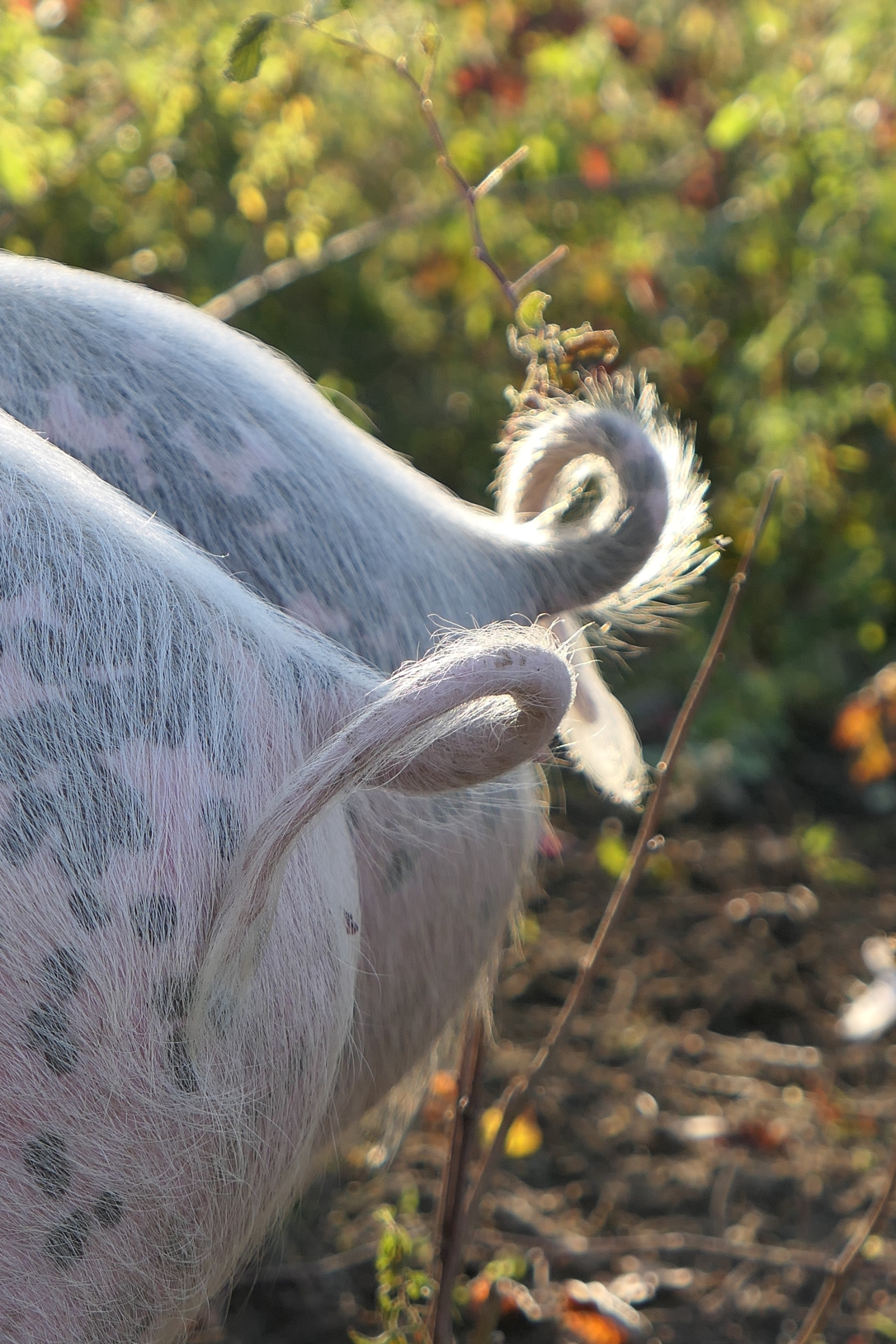 On Thursday afternoon I passed a house where a crew was removing the old tin roofing, long sheets that in passing looked plenty sound, and because I am like one of those truffle-trained pigs when it comes to used building materials, I swung round for closer inspection.

Indeed the metal was sound; rusted in spots, sure, but already I was making plans in my head for another run-in shed for the cows, down in the orchard where we’ll overwinter them so they might distribute their black gold beneath the gnarled branches of those old trees. The patina of rust would only serve to help the shed to blend into its surroundings, and the cows, I was certain, would not think to complain.

Yes the tin was available, the homeowner told me, and the crew offered to stack it for easy access, and so yesterday afternoon I hitched the trailer to the truck and headed out. The trailer is – how shall I say this? – not entirely legal at all in the least even a little bit, so I drove a circuitous route of gravel roads, avoiding the center of the small towns between here and there. And in doing so was treated to an unfurling panorama of rural Vermont in seasonal transition. It was warm and the wind was blowing hard, shaking loose the dead and dying leaves. They lay thick on the shoulders of the road, and beyond, on the forest floor, and many of the trees were bare, or nearly so, their long, leafless limbs waving in the gusts. Along one high ridge, I passed a farm where a small herd of Scotch Highlanders waded flank-deep in a shallow pond. In the foreground, a flock of sheep picked over the remnants of late-season pasture. There were more sheep than cows.

I loaded the tin slowly, in no particular hurry to be finished, stacking the sheets neatly on the trailer deck so they’d stay put when strapped down. I was sweating in the heat, and I thought of the Highlanders, wondered if they were still wallowing, looked forward to seeing them on my drive home. I thought too if this was really all my life was meant to be, scavenging cast-off materials, anticipating the sight of those shaggy beasts as if seeing them again might illuminate something gone dim or just disused, even my criminality reduced to the pathos of traveling gravel roads to avoid being hassled for the illegal trailer I was using to tow home someone else’s trash. What set of circumstances had brought me to this point, what lack of ambition, what aimlessness?

Yet I couldn’t deny the pleasure at hand: The stack of tin, much taller than I’d anticipated, enough for the run-in shed and next year’s firewood and the as-yet-uncovered stack of rough saw lumber behind the barn and maybe even more. The subversive nature of my little escapade pleased me, too – sluicing through a latticework of dirt roads I know like the veins on the back of my hands, beyond the net of authority, and not merely the authority to fine me for my stupid trailer, but somehow something larger than that, something that remains for now outside my capacity to put words to.

Twenty minutes later, when I passed the cows again, now ambling across the wilted pasture, hair in wet whorls from the ribs down, of course they illuminated nothing. Nothing at all. I had not expected them to, but then again had thought it might be nice if they did, might prove that perhaps my life is somewhat bigger than it appears, not merely from the outside looking in, but from the inside looking in. To myself.

I drove slow past the cows, then watched them shrink from view in the sideview mirror, where I also caught a glimpse of the stack of tin. Man. What a score.