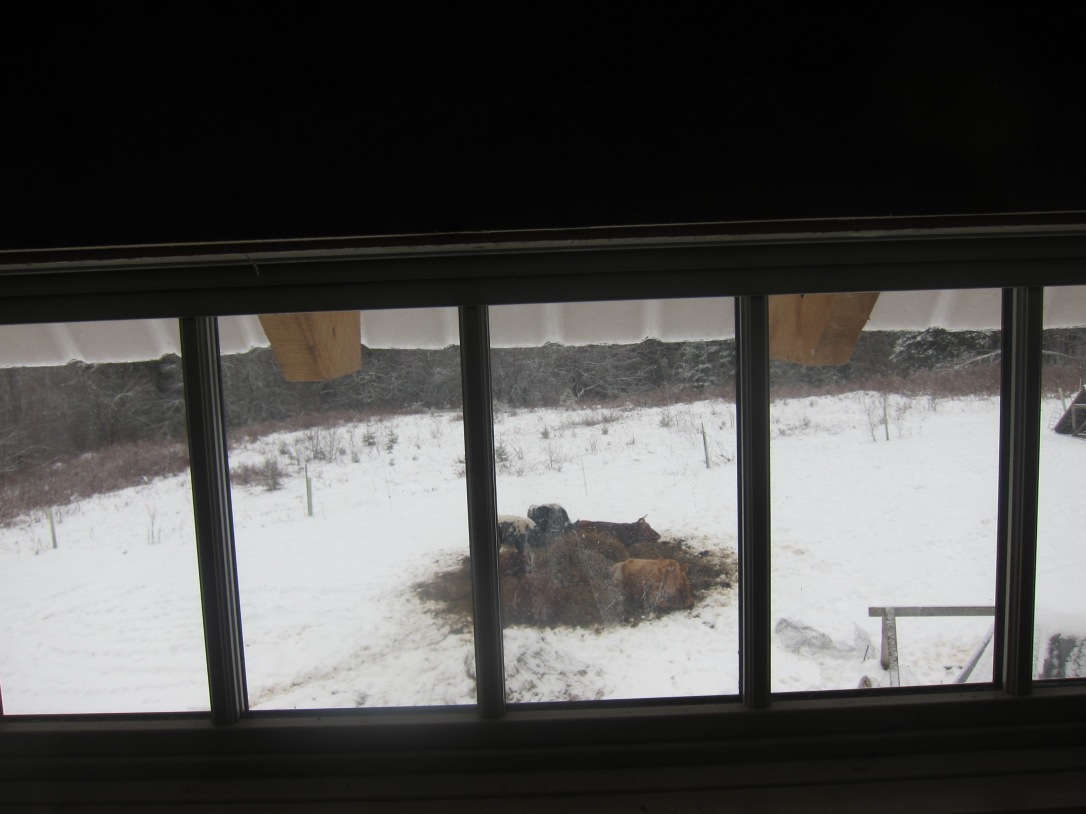 I was scrolling through some old posts, looking for material to send Heather for a project we’re collaborating on (more at a later date), and I found this. It’s one of the pieces I’ve written that I think has stood the test of time, at least in my mind. Truthfully, there are discouragingly few of these; I always wonder if it’s the same for other writers.

I made a few minor tweaks, culled a handful words and phrases, and then it occurred to me that I can’t remember ever making a piece of writing better by adding to it… improvement seems to always come from subtraction. Here’s the original if you want to compare.

I was up early, propelled by the feeling that too many days had passed since I’d greeted the rising sun with sweat on my brow, so I coaxed the fires to life, slipped out the door, and stepped into my skis. It was still dark and an even zero degrees, but it’s been the sort of winter that makes a zero degree morning feel like just the way things are, so I wasn’t cold. I glided up past the barn and the still-prone cows, and I fancied myself the image of them turning their shaggy heads toward me in greeting. But it was too dark to know if they so much as glanced my way.

Out on Melvin’s field, at the height of the land, I slotted into the packed depression left by the big, lugged tire of his New Holland on his way to gather firewood the afternoon before. The sky was bluing above me, and I skied fast as the cold snow would let me. Over by the old hollow oak I could see down to Melvin’s barn. Light shone through a window. Chore time. It was almost six, so I knew Melvin was probably feeding the cows at that very moment, and for some reason I remembered Thanksgiving, when we’d all been sitting around our big farmhouse table, shifting ever so slightly in our chairs to relieve the post-meal discomfort of expanded bellies pressing against waistbands. We’d had one serious cold snap already, and I said something like “I hope it’s a good, hard winter.” Melvin didn’t miss a beat: “Spoken like someone who makes his living at a desk,” he said, and he was grinning like he does when he’s heckling me but also knows he’s speaking the truth and furthermore knows that I know he’s speaking the truth. It’s a tidy arrangement, really.

That old oak. The boys used to squeeze themselves into it all the time. They’d spend hours in and around that tree. We’d read My Side of the Mountain, and I suppose that had something to do with it, but I bet they would have found that tree no matter what. Just the other day Fin told me they can’t fit into it anymore. Ain’t that the way it goes. I suppose it would’ve made me sort of sad if it didn’t reveal the simple fact that they still wanted to fit into it. That they’d tried. And maybe trying to fit inside a hollow tree is as important as actually fitting into it.

I know that tree’s days are numbered. It’s going in Melvin’s furnace, if not this winter, then next. If not next winter, the one after that. That’s ok. My boys don’t fit in there anymore, and a furnace doesn’t run on sentiment.

By the time I returned home, I’d gotten the sweat I’d wanted. I could taste it on my upper lip. I skied past the cows again, and this time, I could see that they did look my way. Wanting hay. Wanting fresh water. I went into the house, changed into my chore boots, and stepped back outside.

14 thoughts on “Improvement by Subtraction”

There was an error retrieving images from Instagram. An attempt will be remade in a few minutes.